Welcome to the unbiased interpretation of the Bible!

This is a bold interpretation of Scriptures.
Some neglected scriptures contradict basic Christian doctrines. Other scriptures have universal value and are acceptable by followers of every religion.
I firmly believe that the truth which Revives, Unites, Liberates, Edifies and Sustains the whole man – spirit, soul and body – is the truth that RULES supreme in the Universe! This Truth, which is scattered throughout the Bible, I am prayerfully trying to unfold here.
I hope the students of the Bible will here discover some great neglected truths that nourish their soul and quench their spiritual thirst.
You shall know the Truth, and the Truth shall set you free"!

Magic powers in the Bible 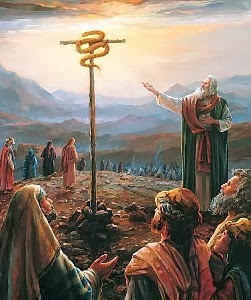 Many enemies of Judaism and Christianity consider the Bible as a book of magic. Consequently, since magic has been widely thought of either as charlatanism or as the work of the devil, they dismiss the entire book.
What, then, is the difference between magic and unadulterated faith in God or pure spirituality? Where do the miracles have their origin? Where does the power for miracles reside? Is it in the soul and spirit of man or in God?  Is every man a magician in the making? Through the following quotations from the Bible, which of course are not the only accounts of magic therein, one may discern the truth.

“And the Lord spoke to Moses and Aaron, saying, ‘When Pharaoh says to you, “Prove yourselves by working a miracle”, then you shall say to Aaron, “Take your rod and cast it down before Pharaoh, that it may become a serpent”.’ So Moses and Aaron went to Pharaoh and did as the Lord commanded: Aaron cast down his rod before Pharaoh and his servants, and it became a serpent.
Then Pharaoh summoned the wise men and the sorcerers; and they also, the magicians of Egypt, did the same by their enchantments. For every man cast down his rod, and they became serpents. But Aaron’s rod swallowed up their rods.” (Ex. 7: 8-12)

This is a demonstration of magic powers before Pharaoh. Moses and Aaron transformed a rod into a serpent. But Pharaoh’s wise men and sorcerers did the same thing! If Moses and Aaron’s magic powers were greater than those of the sorcerers, they should demonstrate it by performing a greater miracle. And so they did. Aaron’s rod (serpent) swallowed up the rods of the sorcerers!
Most Christians believe that in this demonstration of miraculous powers we actually have a contest between God and Satan. I firmly believe...

"Salvation" according to the Bible 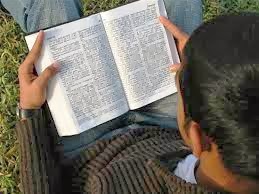 What is salvation? What does it mean for a human being to be saved? In the Bible the word salvation is used first in reference to this life, meaning forgiveness and deliverance from guilt, sickness, pain, grief, loss, calamity, etc. It is also used in reference to the life of the soul hereafter, meaning its acquittal from damnation and the acquisition of a state of eternal bliss.

“With what shall I come before the Lord and bow down before the exalted God?
Shall I come before him with burnt offerings, with calves a year old? Will the Lord be pleased with thousands of rams, with ten thousand rivers of oil? Shall I offer my firstborn for my transgression, the fruit of my body for the sin of my soul?
He has showed you, O man, what is good, and what does the Lord require of you: To act justly and to love mercy and to walk humbly with your God.” (Mic. 6: 6-8)
There were times in Israel’s life when the people felt convicted of their transgressions and wanted to make peace with God. At such times they wondered how...

How does prayer work and who answers? 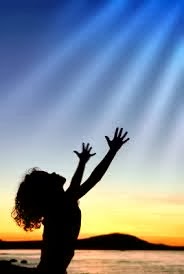 In the Bible we identify four different kinds of prayer, depending on the circumstances, the disposition of the person who prays and the aim of one’s prayer. This does not mean that a particular prayer cannot contain elements that fall into more than one category, or to all four of them. With the Bible’s help, in this chapter I will try to unfold the secrets of prayer, analyze the philosophy of it and explain how it works.

I: Thanksgiving
“Rejoice always, pray constantly, give thanks in all circumstances; for this is the will of God in Christ Jesus concerning you.” (1 Thes.5: 16-18)
The highest form of prayer and the most uplifting one is thanksgiving. Paul instructs Thessalonians to pray constantly, rejoicing and giving thanks to the Lord under all circumstances. This is the will of God, as He knows that such prayer serves our highest good. It is for our own benefit in the here and now. So we should endeavor to thank God, regardless of our circumstances!
It is easy to thank the Almighty when things go well with us. But who can rejoice and be thankful amidst calamities? How easy is it to...

What the Bible says about Satan 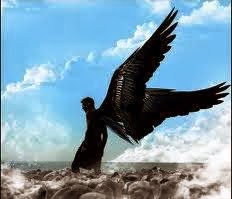 According to Christian Theology, Satan is the number one enemy of God and man. We all know the story of man’s fall in Genesis. However, there are other scriptures in the Bible that confuse the issue. For instance, once Jesus called Peter, 'Satan', by saying “Get behind me, Satan! You are an offense to me, for you are not thinking God's thoughts but human thoughts!” (Matt. 16:23) Did he mean that Peter was Satan, or that Satan was speaking through Peter? Jesus was speaking metaphorically, of course. Anyway, satan is one who opposes, obstructs, or acts as an adversary.

Let us examine some scriptures on this subject:

“Now there was a day when the sons of God came to present themselves before the Lord, and Satan also came among them. The Lord said to Satan, ‘Where have you come from?’
Satan answered the Lord, ‘From going to and fro on the earth, and from walking up and down on it.’ And the Lord said to Satan, ‘Have you considered my servant Job, that there is none like him on the earth, a blameless and upright man, who fears God and turns away from evil?’
Then Satan answered the Lord, ‘Does Job fear God for nothing? Have you not put a hedge around him and his household and everything he has? You have blessed the work of his hands, so that his flocks and herds are spread throughout the land. But stretch out your hand and strike everything he has, and he will surely curse you to your face.’
And the Lord said to Satan, ‘Behold, all that he has is in your power; only upon himself do not put forth your hand.’ So Satan went forth from the presence of the Lord.” (Job 1: 6-12)

In this story Satan appears to be one of the sons of God, who regularly present themselves before the Lord giving report about...

The invisible world of spirits 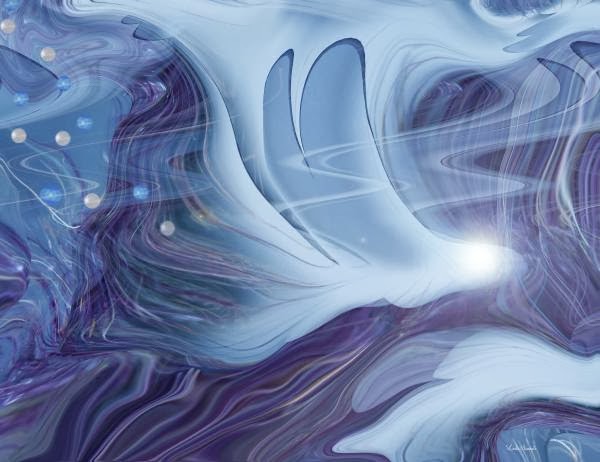 First the word spirit is used in reference to the surviving soul of a dead person, which, under certain circumstances, is drawn to the earth and can “communicate” with the living.
A second category of spirits could be entities of another dimension, benevolent or malevolent, which sometimes are released by prophets for a mission among humans.
In a third category fall the spirits of nations (principalities).
Lastly, in a fourth category I would put...

The Biblical view of Man

The path to real progress, whether personal, social, national or global, passes through man’s self-realization. The better we know the truth about ourselves, our spiritual nature, our potential for excellence and the higher purpose of this life, the closer will we be to experience   inner peace, true love and blissfulness.
Who are we? We all pretend to know; but how true is our knowledge? “Know thyself” said the ancient Greek sages; but how can we know ourselves? How does one go about it?
Since this book has the Bible as its only source and basis, we will endeavor to collect information about man from there. As with every other subject, we will search for relevant pieces of truth scattered throughout the scriptures. Indeed, the way the “word of the Lord” has been given to us is “precept upon precept, precept upon precept; line upon line, line upon line; here a little, and there a little;” (Isa. 28:13a)
This, of course, is not because, for some reason, God did not want to reveal all his truths to us at once, but because men, even the great prophets, grasped it little by little, and passed it down to us line upon line. Let us, then, see what the Bible says about man.

I: Man’s spiritual nature
Man is divine and the most important “art” that he must learn in this life is the art of...

The man Jesus Christ in the Bible 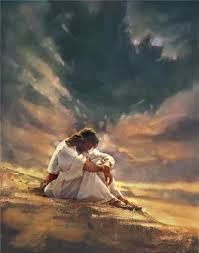 What does ‘Christ’ mean? The word comes from the Greek ‘Christos’, which means anointed. There is no doubt that Jesus was anointed by the Holy Spirit to do the works of God. Now, whether this anointing took place upon his baptism in the river Jordan or at the end of his forty-days’ fasting in the wilderness, where he overcame all temptations, we cannot be sure.   We know, however, that if someone is anointed by God, he has been vested with power to do miracles. And there is no doubt that Jesus was anointed, i.e. baptized “with the Holy Spirit and with fire”.

Let us now examine what the Scriptures say about the characteristics and the offices that Christians attribute to Jesus.

I: Born of a virgin
It is an article of the Christian Creed that Jesus was born of Virgin Mary and that his Father was the Holy Spirit! Some people argue that believing or not in this doctrine would be irrelevant to one’s spiritual walk. In my opinion, this doctrine is not completely harmless. Indeed it has some negative...

Maria Seferou
I was born in Dendron, a small village of Peloponnese, Greece. I studied Civil/Structural Engineering at National Technical University of Athens and had a successful 20-year professional career both in Greece and in England. Since 1985, I have been a writer of non-fiction books and articles on religious, philosophical, political and social issues. I have also written some short stories.